Tyler Wright is The World Champion 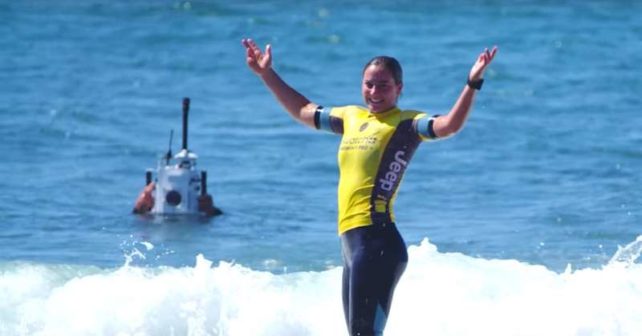 Hooray For Tyler Wright ‘Cause She Rules!

It Happened! Tyler Wright Is The World Champion!

This week, Tyler Wright officially became the 2016 World Champion, and it was the freaking best shit ever.

It was at the Roxy Pro France, on a cold afternoon at Hossegor that it became official. Tyler had just won her semi-final against rising star Tatiana Weston-Webb and was on the beach preparing for the final as Carissa Moore and Courtney Conlogue battled out the second semi-final. If Courtney didn’t make the final, the race was over, Tyler would have pushed too far ahead in the Title race. The clock ticked down, and Courtney got a wave with precious few seconds left. She needed an 8 but instead got a high 7. The hooter sounded and Tyler Wright was officially the World Champion. Back on the sand it was Steph Gilmore, a six time world champ herself, who realised first and tackled Tyler before the reality hit 22-year-old South Coast legend. Tyler Wright is the World Champ. The 19th female world champ in surfing (ISF/IPS/ASP/WSL) history.

There have been a lot of special moments in this Tyler Wright World Title, the four wins for starters, but with Tyler this seems to be more about family than trophies. She spoke at length in various post win interviews and presentations about the passing of her uncle last year, and the love and support she’s had from her family, and how all of this is for them. But the best moment, and the best tribute was better than anything you could put in words. In the final of the Roxy Pro, a victory lap of sorts with the 2015 World Champ Carissa Moore, Tyler took off switch on her first wave, knowing her big bro Owen would be watching from home, and she surfed it goofy in honour of him, she pointed at the number on her back, which she had swapped from her regular 13, to her brother’s no.3, then let out a big laugh and kicked out with the hugest of grins. It was beautiful. It was a celebration.